Adam opens the show recounting to Dr. Drew an exceptionally vexing experience he had involving semi gloss paint and a new phenomenon, the magical spackle. The conversation then turns to the idea of memory and how awful memories are despite people’s extreme confidence in them. Using this lens they discuss Joe Biden’s sexual assault allegations and the differences between the way the male mind thinks as opposed to the female mind and how the delineation between the two is becoming very much blurred. As the show wraps up Adam tells Drew about a sensible tweet he saw online from a politician and the reaction it elicited from him.

Adam and Dr. Drew open the show discussing Adam’s frustration with the similarity between the words ‘push’ and ‘pull’ especially given the close proximity with which they are used in door applications. This leads to a larger conversation about the terrible design that exists in a very wide range of things from elevators to car remotes and more. Adam then goes on to tell a story about a vexing experience that he had with his nanny Olga involving cheese and an aggressive step & point as he and Drew break down Adam’s thoughts on ‘chick think’ that Drew believes is more aptly described as ‘child think’. The guys then turn to the phones and speak with a caller with questions about total body scans and their efficacy. 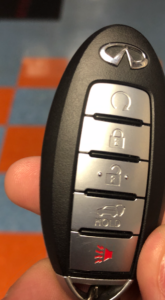